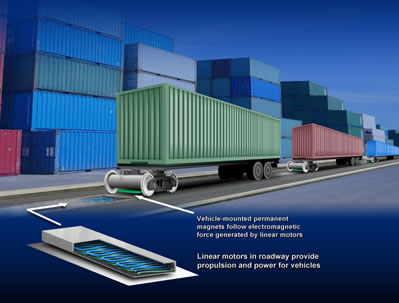 Magnetic Transportation Systems Corporation-MTS has reviewed currently proven technologies used in many different industries   It's MTS's belief that there have been many good technologies, practices and procedures developed and implemented as a solution to certain challenges in one industry but not known or considered by a separate industry.  From a pollution standpoint, trains powered by electricity from a central power plant produce between  one 140th and one 270th the amount of pollution that diesel trains produce and operate at one third the fuel cost. 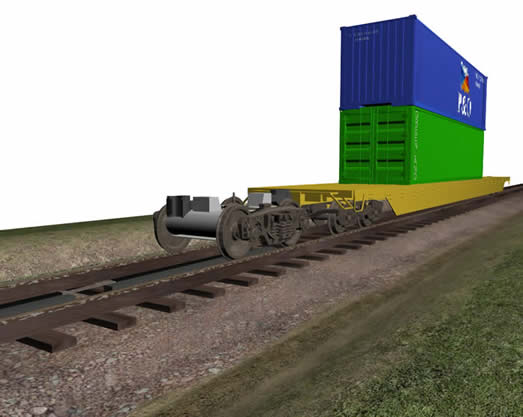 MTS studying technological advances in other applications, approached General Atomics Corporation one of the internationally recognized leaders in magnetics and induction motor design and construction to determine the feasibility of adapting its linear induction motors that launch fighter aircraft from aircraft carriers and applying it to moving railroad cars.  It was MTS’s query that if General Atomics could launch an 86,000 pound fighter plane for 0-to almost 200 mile per hour in about 1.5 seconds from the deck of an aircraft carrier and do it without any change to the aircraft, why couldn't this technology be adapted to move individual railroad cars without the need to modify the rolling stock in any way?  Thus this collaboration was formed and the concept developed. This very same linear motor technology is also the motive force used by General Atomics in its magnetic levitation train.

Linear induction and linear synchronous type electric propulsion systems can completely resolve the pollution issue, the ONE HUNDRED PERCENT SOLUTION, with the least disruption to the environment, with lowest installed costs and with substantially lower operating costs than any other known electric propulsion system.  These systems operate on magnetic fields and therefore are noiseless, pollution free and have no moving parts to wear out. There is no need for electrified third rails nor is there a need for unsightly overhead catenary wires, or safety fencing.

Linear motors can be adapted for use on trucks, freight trains, passenger trains and light rail systems. 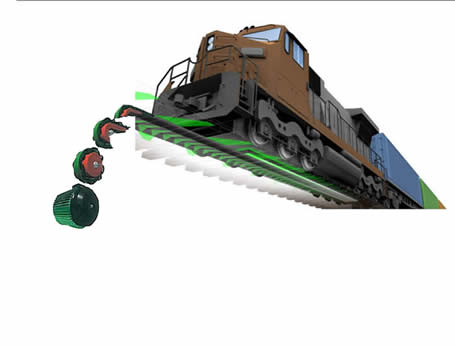